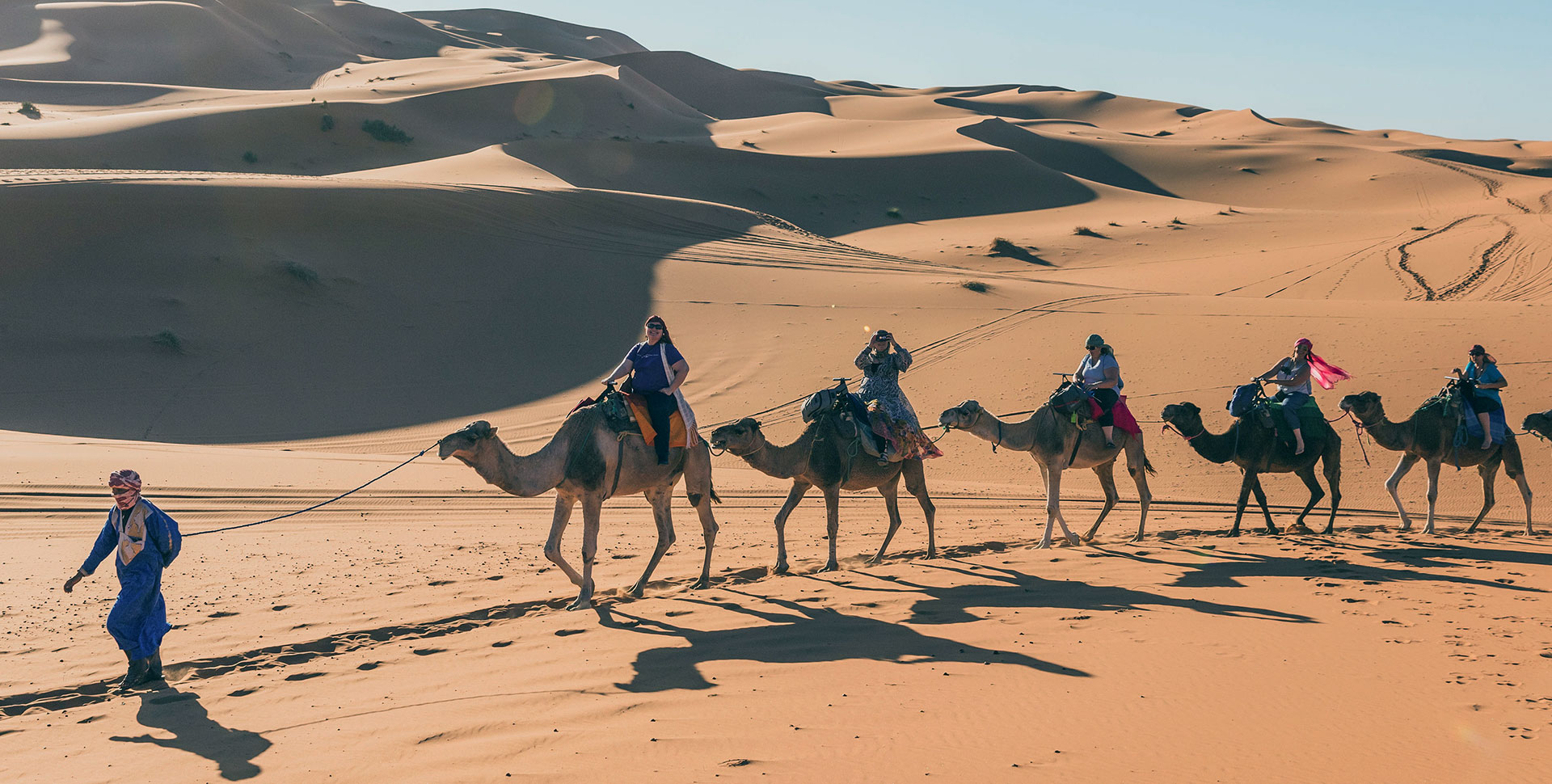 You will exhaust if I give you all the information the reason behind the Moroccan architecture on its monuments, mosques, and other historic sites in detail. Handicrafts and traditional products will amaze you. The most beautiful architectural floral design by using the geometric pattern will make your eye full of excitement.

Are you planning to visit Morocco for Morocco Cultural Tour? Before visiting Morocco do not confuse yourself to discover Morocco Mosques or Morocco Monuments because of limited time. Moroccan Architecture makes it famous for the best tours for Moroccan culture and gives a brief idea about Moroccan history. The Imperial City Tours offer monuments as building with the most wonderful charismatic Islamic Architecture design and Geometric patterns.

You can see the fabulous Geometric design and floral motifs Arabesque based on Islam beliefs and mainly carved into stone, plaster, and wood. The Berber kingdom of Mauretania known set the history of architectural design by using mud-brick houses and Kasbahs.

You can discover the hidden treasures of 110 BC in grand south of Morocco. Let us give you some idea about Moroccan Monuments and Mosques for your Best Morocco Tours. 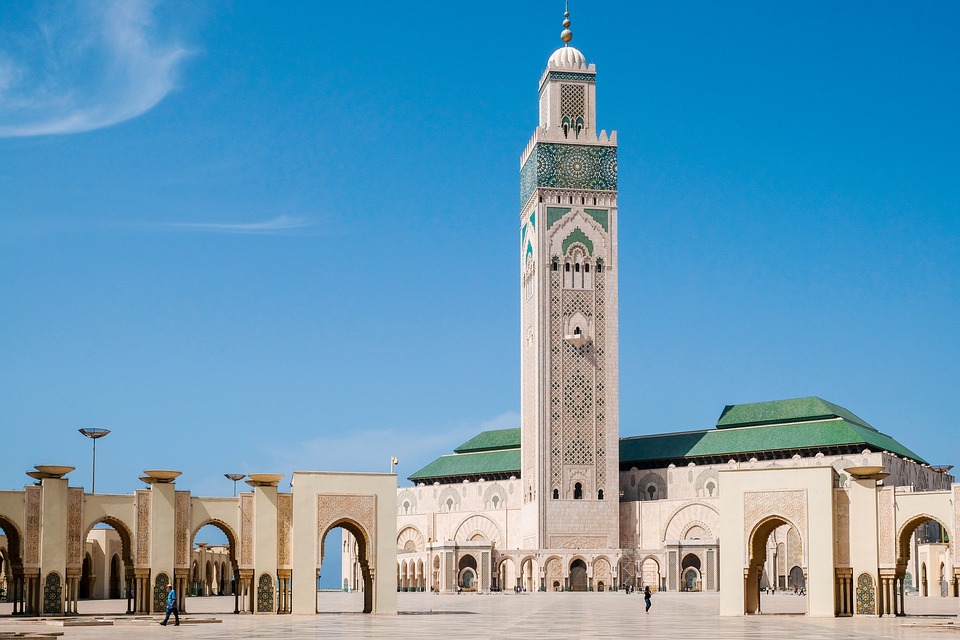 Around $800 million dollar was spent for the construction of this mosque. During your Morocco Cultural Tour, you can see the marvellous Moroccan architecture of this building with its tallest minaret, dome, and marble made royal doors.

The colourful work on tile and Arabic script on its wall makes Ben Youssef Medersa famous as Moroccan Architecture. It was constructed by Saadian Sultan Abdallah al-Ghalib in 1565. There is a layout like a Marinid school and dormitory, ornate in the entrance and simple near the student quarters. 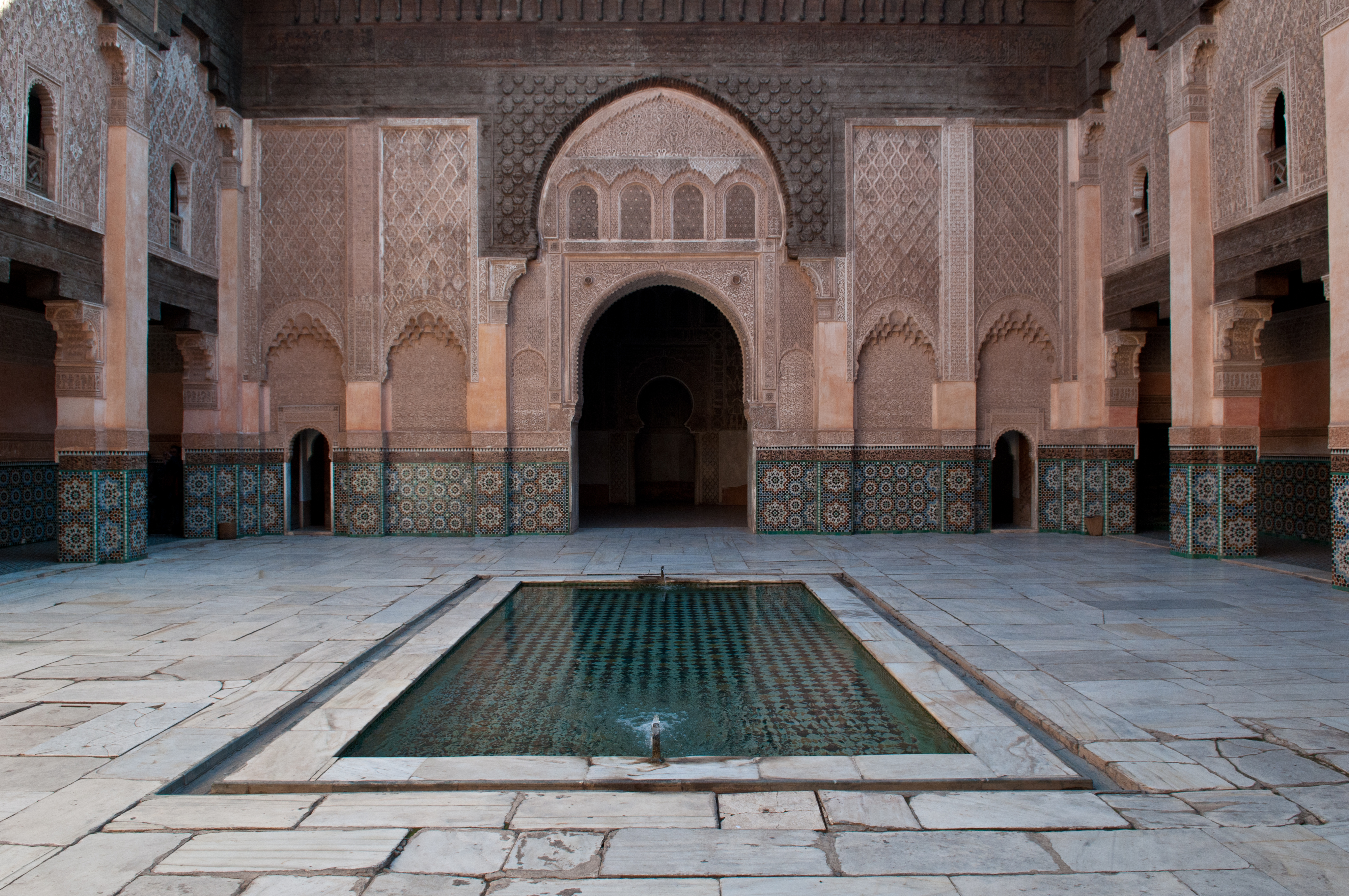 There is a reflection pool in the central courtyard which reflects beautifully designed Muqarnas. You can enjoy the decoration of arabesque facade. The architecture of Andalusian can amaze you with its stunning beauty.

Dar Si Said Museum is one of the most beautiful examples of Moroccan Architecture. You can see a large courtyard with a traditional fountain laid out in classic Moroccan style. You can also see the hand-carved and painted ceilings on the top floor.

This is the museum of Moroccan Arts and once was the private home of the brother of Bou-Ahmed and Sisi Said. You can also found the remaining wooden screens and frames of El Badi palace. 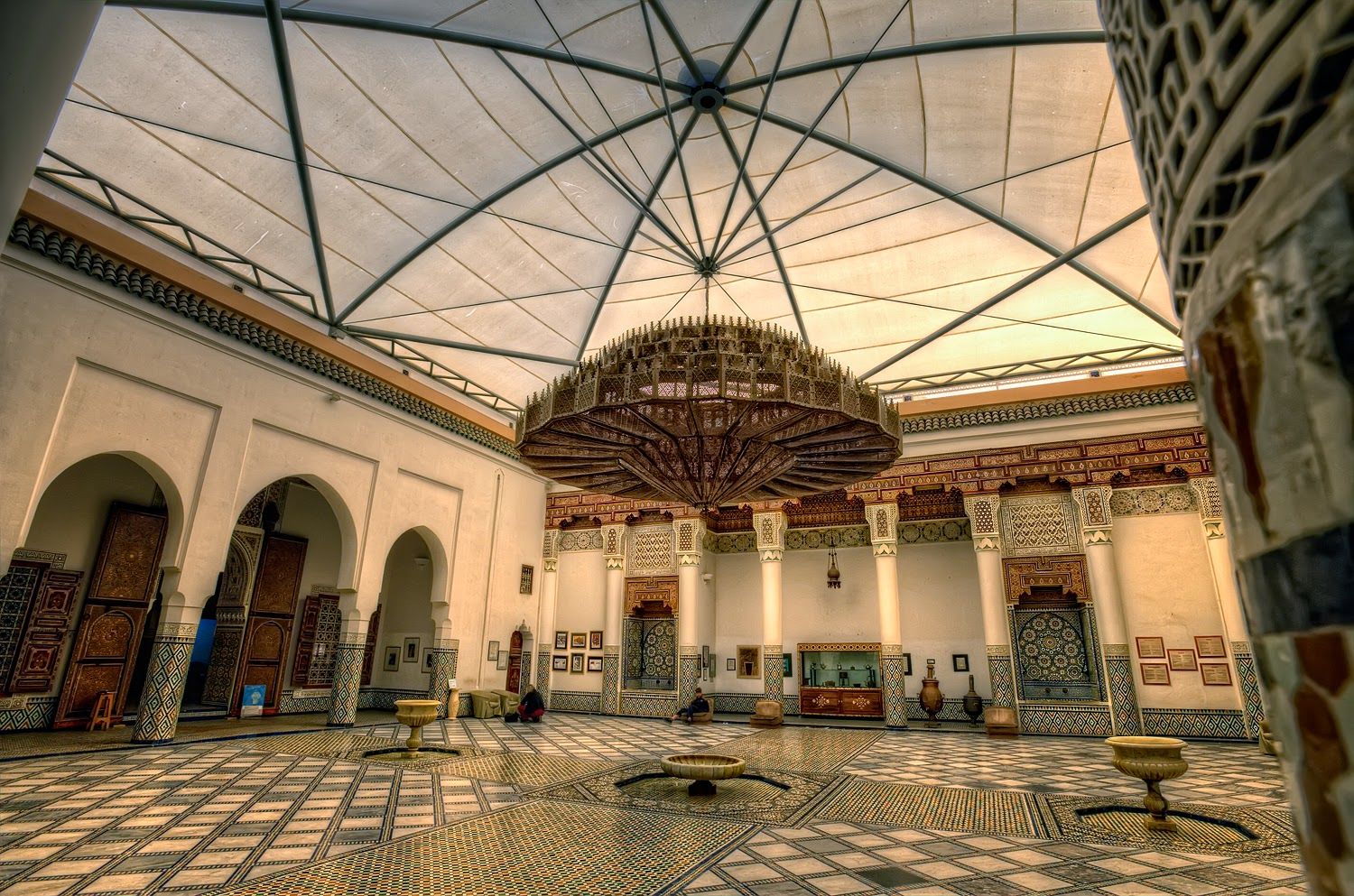 The museum shows the best Islamic architecture and it has Jewellery from the High Atlas Mountain region, anti-Atlas and the extreme south region. You can also see the carpets from the Haouz and high Atlas.

The oil lamps of Taroudant, blue pottery from Safi, green pottery from Tamgroute, and leatherwork from Marrakesh can be seen.

As one of the most famous Moroccan Architecture, you can enjoy the stucco work, Arabic script and intricate zellige mosaic tiles which form Islamic geometric patterns. The cedarwood doors are full with poetic words of Quran.

The Saadian Tombs were discovered in 1917 which was built in the time of Sultan Ahmad al-Mansur in between 1578 to 1603. They are located in the south of the Kasbah mosque in Marrakech. The tombs were restored by the Beaux-arts service.

In the mausoleum, you can find the corpses of sixty members of the Saadi dynasty.

El Bahia palace was built for Ahmed Ibn Moussa between 1894 and 1900. This is a beautiful building showing the eastern architecture. It was built in Alawi style, the popular design of medieval time.

It took fifteen years to complete by the craftsmen of Fes. The “Bahia” meaning is “palace of the beautiful”. It was built for official concubines of Ba Ahmed. It has 160 rooms in an open rambling fashion.

As one of the Moroccan Monuments, Moulay Ismail’s Mausoleum is famous for its entrance lined blue patterns tiles, a door of carved arabesque, and green zellige rooftops. Its nickname is “Warrior King”.

Musee Dar el-Batha is a former royal palace in Fez, Morocco. After Abdelaziz the successor of Alaouite Sultan Hassan I, the palace was converted into a museum during 1916.

As one of the Moroccan monuments, the palace was built by Moulay el Hassan in Arab-Andalusian style. The rich collection of ceramics and pottery makes it best for the Morocco Cultural Tour.

Kasbah Taourirt or the door to The Sahara Desert is the best example of the culture of Moroccan History. The maze structure of cobweb village of sun-kissed multi-level buildings, elaborate towers and turrets inside the Taourirt. 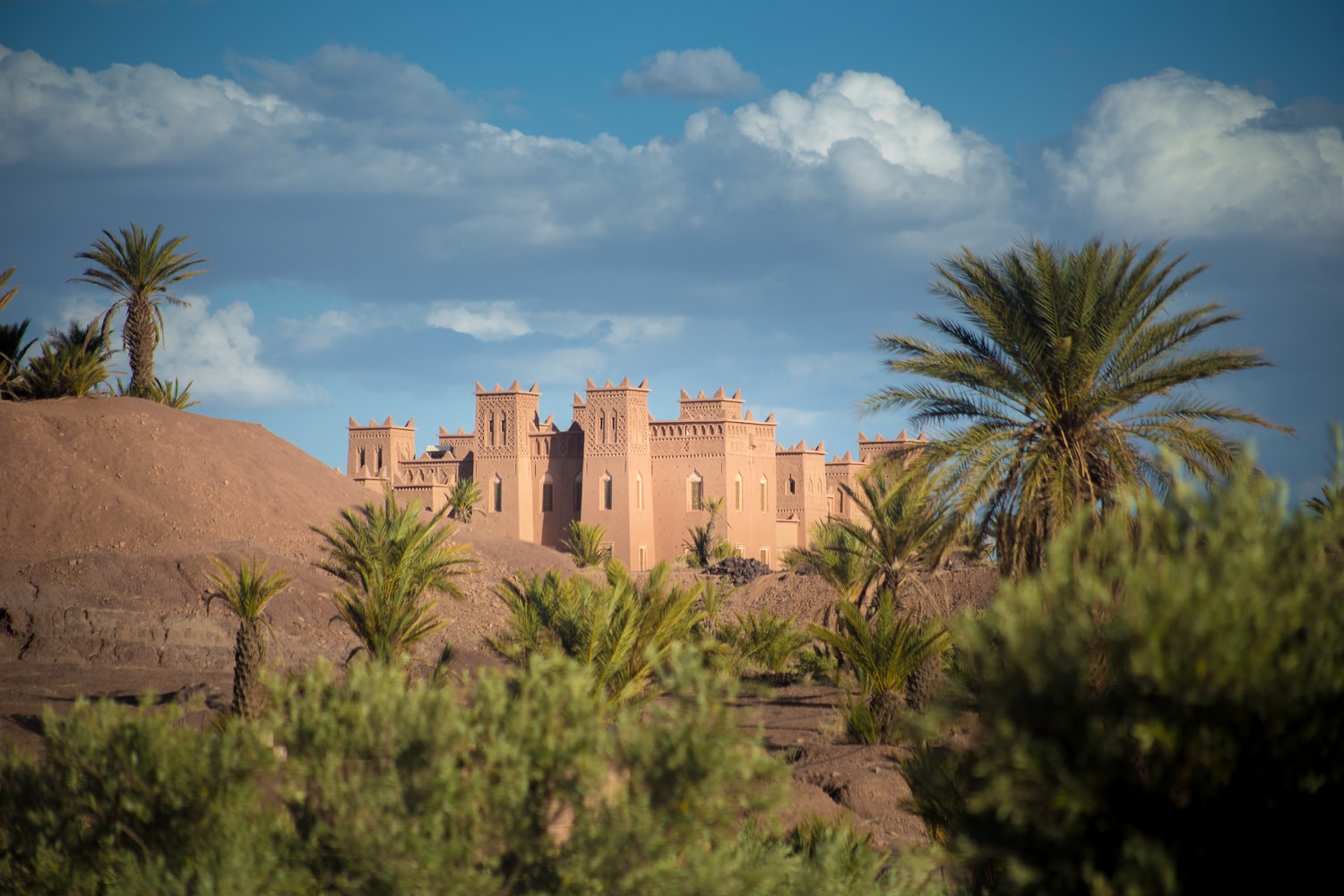 The ramparts have geometrical drawings with a series of alleys and gateways. Inside the Kasbah Taourirt, you can see myriad of mysterious stairwells extending to uniquely shaped rooms with low windows.

There is a plaster work decoration of flower on the white walls and the apartments differed by stucco painting with the wooden cedar ceilings.

Cherratin Madrasa was – once the largest school in Fes

Cherratin Madrasa was the largest school of Fez which was completed in 17th century. The unique thing you can observe is Spartan style on Madrasa.

The iron doors with arabesque patterns, courtyard with carved stucco on high-walls, geometric patterns floor and stairways, etc. makes it one of the best Moroccan Architecture.

Mo Baala’s Art exhibition is what you should attain to witness perfect Moroccan Art.

Do you love the colourful paintings? If yes, then you must visit Casablanca’s d’art L’ Atelier 21 of Moroccan self-made Artist Mohamed Baala.

You can enjoy street art, musical performances, colourful paintings and action painting in the exhibition.

The painting and art work as famous, because he incorporates different materials such as textiles, recycling, lyrics, and music.

Mo Baala was never trained, but use his sensitivity to study the environment and community to create the arts and paintings. He was the fan of the Gnawa music, the traditional Moroccan sounds, from his childhood.

During your Morocco cultural tour, explore the Moroccan history and enjoy the most famous architectural design in Moroccan monuments and mosques. Discover the treasures from the Moroccan historical places and do not forget to take the picture of Morocco’s most beautiful Islamic design and Moroccan architecture.

If you are new to visit Morocco, then let us make your Morocco cultural tour more comfortable and most enjoyable. Tizi Trekking is a tour operator organization that provides the excellent services, best transportation and best accommodation. Let us help you to make your tour as one of the best Moroccan tours forever. 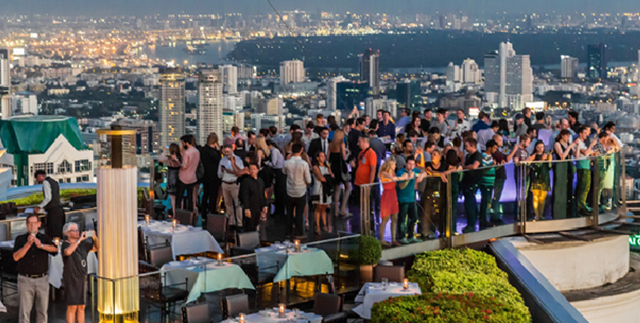 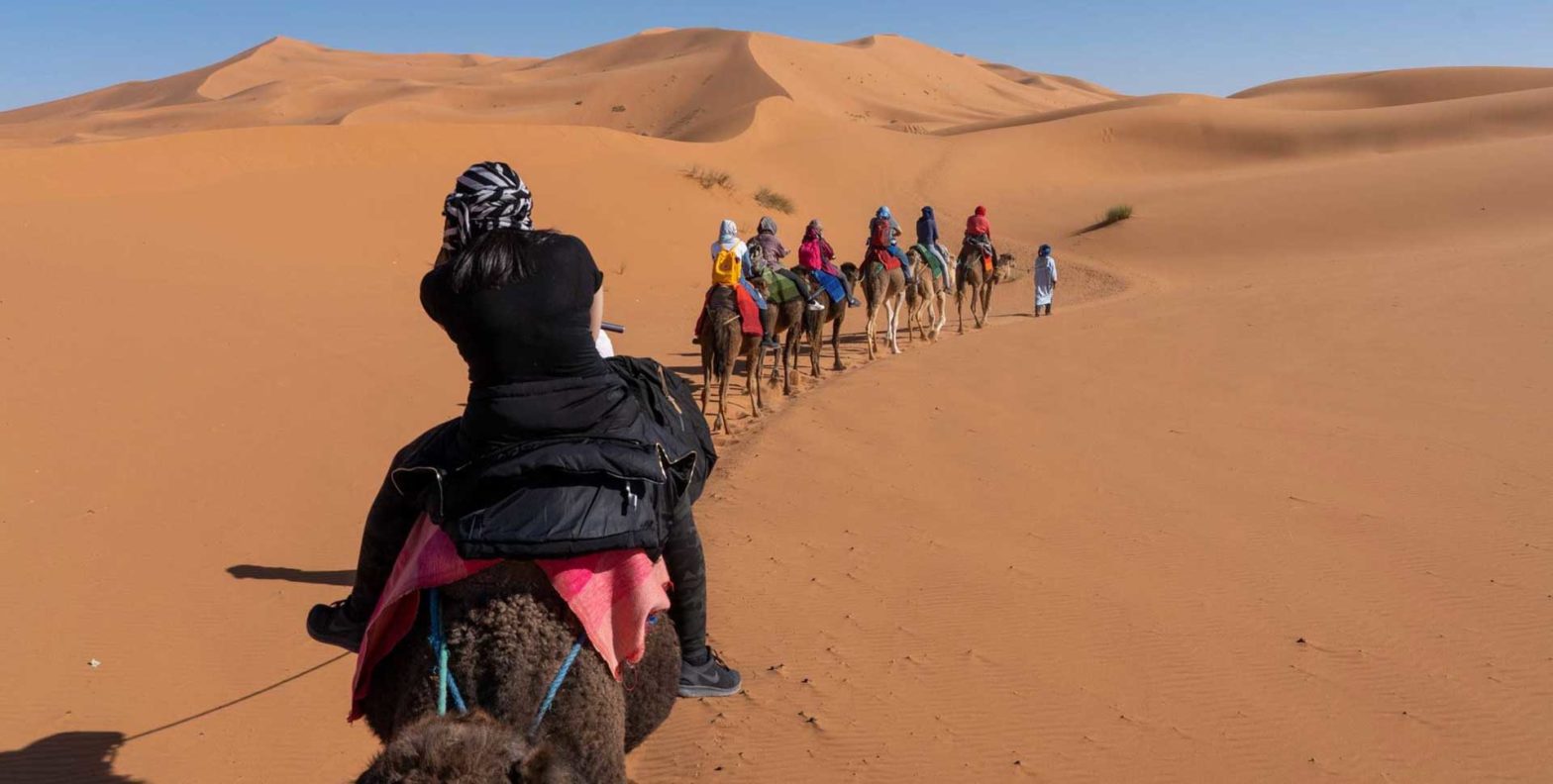 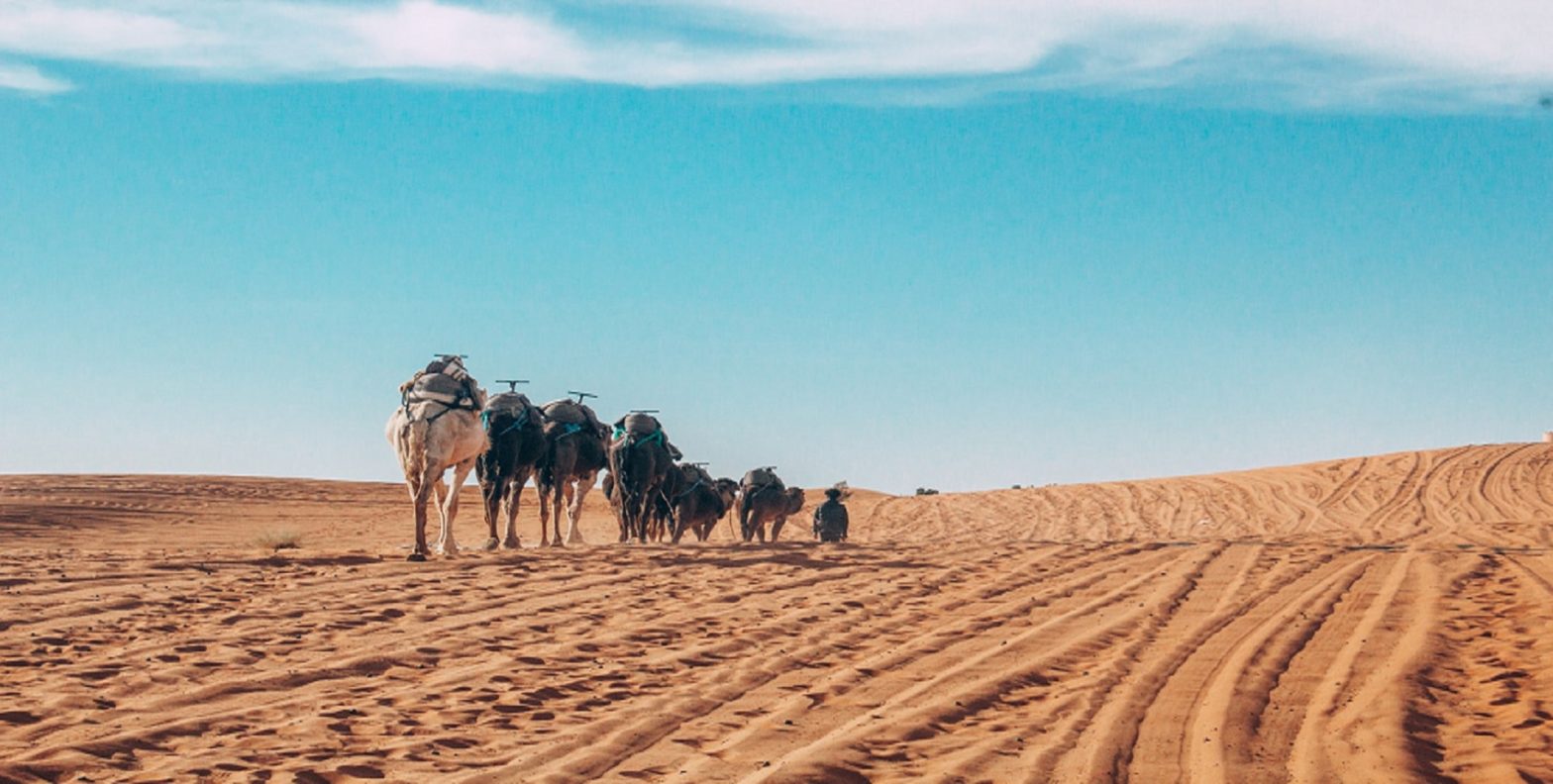 Knowing Best Time to Visit Morocco in 2020, Can give you a Better Experience 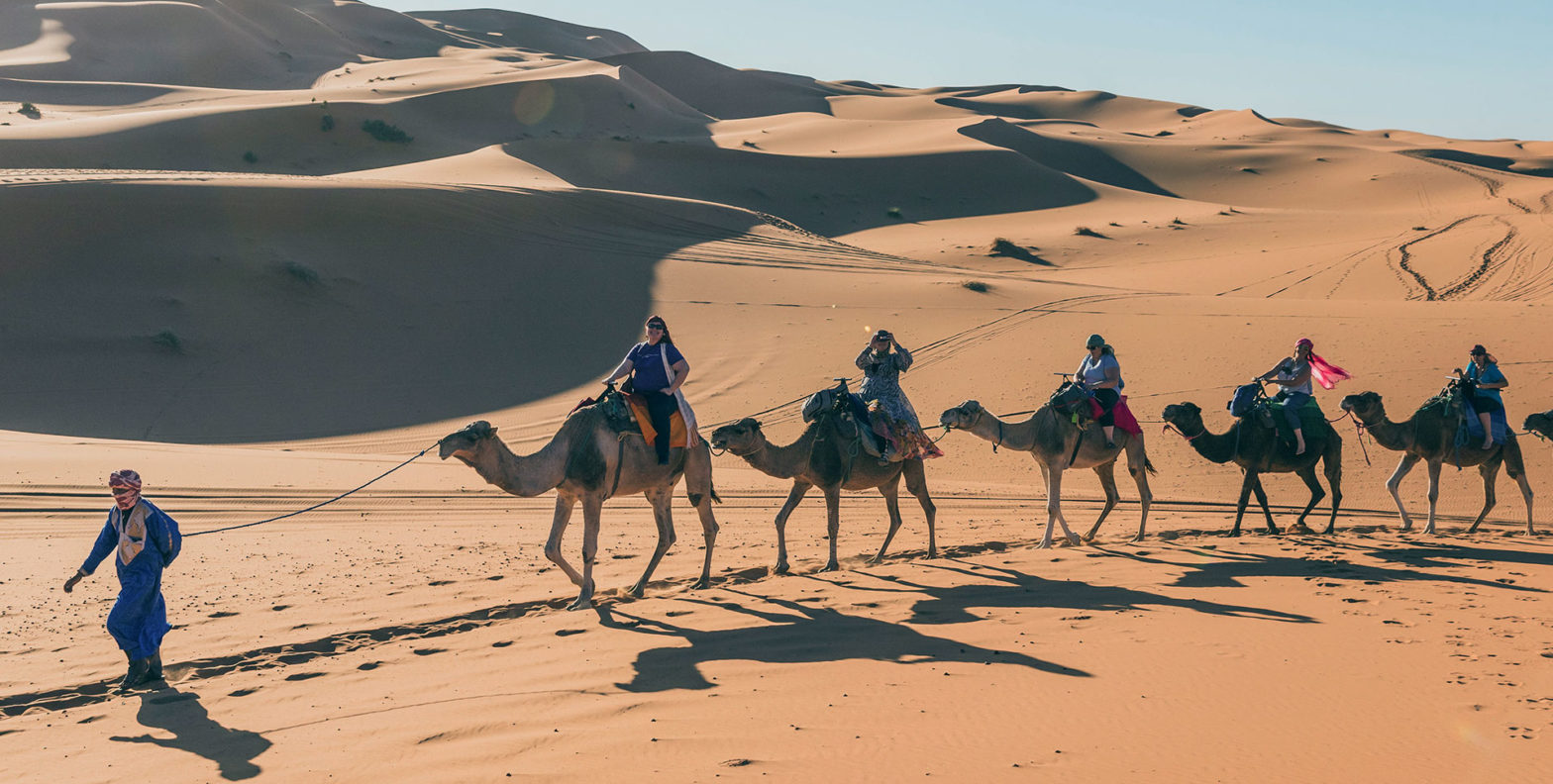 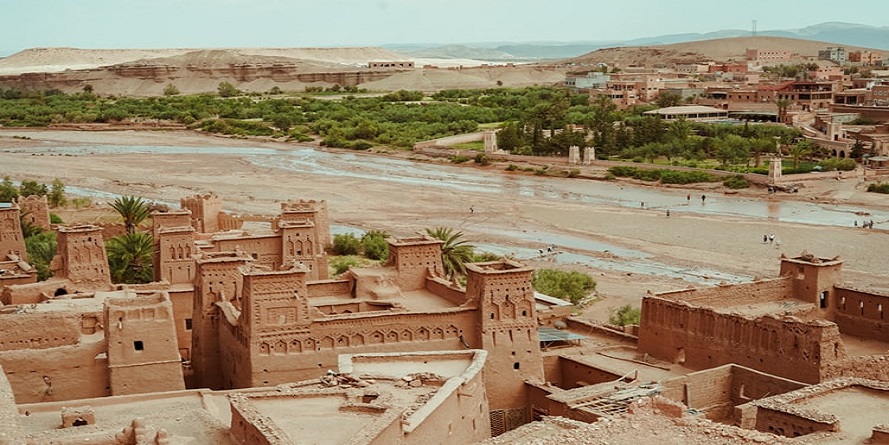 REAL MOROCCAN EXPERIENCES TO BE WATCHED OUT DURING MOROCCO TRAVEL 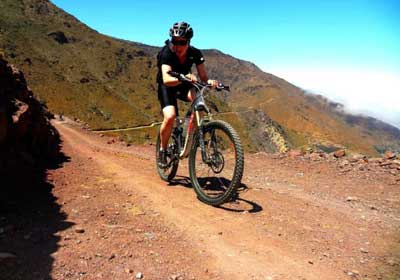 This 9-day Morocco cycling tour highlights mountain and desert biking through the profound south, a place that is known for 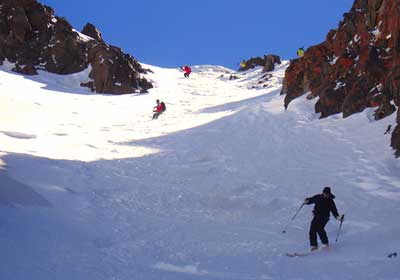 8 Days Ski Touring in Morocco mountains are a heaven for snow climbers and ski fans. During this outing we 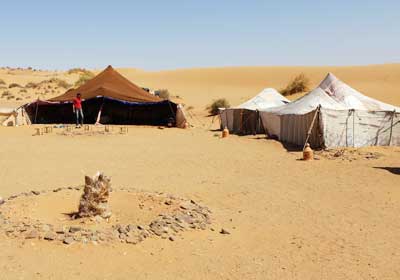 Trek through the core of Morocco's magnificent Sahara Desert on this unique walking tours. Emulate the Berbers' footsteps, wonder about 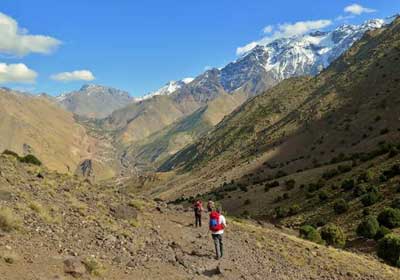