This trip is a phenomenal prologue to Morocco's hundreds of years old culture in an amazingly short space of time. You'll visit the nation's three most lovely magnificent urban areas, old fortifications with labyrinth like avenues encompassed by towering walls.

You will see brilliant markets, fabulous mosques, Koranic schools and antiquated royal residences. You'll visit astonishing Roman demolishes, Morocco's most significant explorer city, its capital city and the snow-topped mountains of the High Atlas. Furthermore, you'll return home inclination that you've not just watched the majority of this Eastern culture at a safe distance yet that you've been drenched overwhelmed with it!

Upon your  arrival or pick up you at your hotel in Casablanca. We will visit the Hassan II mosque, the landmark of Casablanca which is the only mosque open for non-Muslims. The Hassan II Mosque will be the first introduction of Moorish influences in Morocco. It is built by the king Hassan II between 1987-1993. Over 25 thousand worshipers can pray inside and 80 thousand worshipers pray outside in the big square of the mosque. You will enjoy some walking  on the beach of Casablanca.It is the largest metropolis city in Morocco, always linked to the movie Casablanca 1942 and it has the modern architecture of Art Deco French influences  with white buildings. Visiting the main square la Ligue Arabe and not missing the Cathedral Sacré Coeur which blends Moroccan and European influences. Back to the hotel in Casablanca

This  Morning we travel to Rabat visiting some historical site like Chellah with its massive octagonal defensive gate,a lovely spot In Rabat where  you see a breathtaking  combination of Roman and Merinid remains. You have  the unfinished mosque fascinating Tower Hassan 12th  and the piece of art mausoleum Mohamed V to visit.It was built by the  king Hassan II to his father Mohamed V for  honoring him as the father of the independence. We walk through Kasbah Oudaya 12th beautiful white and blue building with a fantastic view over  beach and river Bouragrage After the tour of Rabat we move to the next city Fes. . Overnight in Fes.

This Morning at 09:00 am you meet our local guide of Fes ; you are going to explore the old medieval medina of Fes and the 1st imperial city, a real labyrinthine of more than 9000  alleyways and deserves to be the intellectual and cultural capital of the kingdom. Mingled with fasi people  in these streets full of articles , colours and donkeys carrying goods . You will see a lot of  handcrafted items,Fes is number 1 in crafts, like old days using the same materials .The tanneries ,famous in fes, is one the highlights of the tour, watching locals  working on skins of goat, lamp, camel and cow, in small pits. You also will indulge yourselves with some special dishes of Fes cuisine. You will enjoy a panoramic view in the southern tower of Fes;and visit the cooperative of  pottery where they make tiles and Moroccan mosaic .Or maybe  you go for an optional entertainment dinner show with belly dancers to end up your tour of Fes.

After a lovely breakfast we explore the other 18th Imperial city Meknes  .40km  ramparts around the medina and has  tremendous gate of Bab Mansour (1732) ,the granary Sahrij Swani, grain and water storage and used as a barn for 12000 horses. Meknes has a big production of olive oil and olives and you will see an amazing verity  of olives in the local  market of square Lahdime. Only 30 km from Meknes we discover Volubilis .The archeological roman site well-preserved  listed in UNISCO (1997),remains of astonishing mosaics, hundreds of Latin inscriptions and artistic materials…After our enjoyable walk in Volubilis we carry on to Midelt driving in open fields of barley,wheatand olive trees. Overnight in Midelt

We are going to leave the medieval Fes and heading to another part of Morocco. Crossing the Middle Atlas Mountains .We stop for a short break in Ifran or the small Switzerland where is the first ski resort in Morocco. We will be surrounded by amazing sceneries and landscapes of mountains and plains. A special species of native monkeys living in cedar woods, over 30 members in one family called Maggot monkeys in Azrou. We will have lunch break in Midelt, it celebrates the festival of apples every years. There is a big contrast of landscapes especially before we arrive Errachidia main city named after a prince Moulay Rachid around 1971.Then we drive through Ziz valley to get us to Arfoud ,the gate of the sahara or where we celebrate the festival of date, and  to Merzouga.

After your breakfast we leave the sand dune Merzouga  and head towards the old system of irrigation that is still used in the oasis of Eljerf. A break on the way in Tinjidad .We will have lunch in valley of Toudra. It is considered as one of the oldest valley in Morocco for caravan trading and silver jewelry. A beautiful valley of 15 km of date palms ends up with a spectacular Gorges, mainly used for rock climbing and  picnics. We embark on Dades valley which has an astonishing rock formation made by million years of erosion. We cross more Rose Valley, the only place in Morocco where we harvest Damascus rose in which we extract some products like rose water and rose oil best for skin treatment and anti-wrinkles. Overnight in Ouarzazate.

We have a nice drive to  Ait ben haddou village where we will go for a walk to visit this ancient village. An old village where a list of movie credits were made starting with the first movies “Lawrence of Arabia”, ”Jesus of Nazareth”, ”Gladiator” and the list is still going on. It is also listed in UNISCO  as a site of world and national culture in 1987. After that  we head to the  north of High Atlas Mountains via Tizi-n-Tichka(2260m).A spectacular road of red mountains and Berber villages to Marrakech.

You are going to explore your trip with a guided tour of Marrakech. You are going  with our local guide. Visiting  Bahia palace;built by Bahmad Grand visir of Marrakech with its incredible mosaics and stucco and hear some interesting stories about 4 wives and the 24 concubines!!. The extraordinary architecture of Saadian Tomb, royal necropolis of 17th century. Spending some great time in  the famous souks of Marrakech; you going to like different smells, colours, itmes and how big is the  souks of Marrakech. Jack Majorelle garden,a peaceful spot in the ville nouvelle, contains botanic and exotic plants brought from all over the world, with dominating indigo blue to paint the wall.You will finish your tour at the square Jamaa Elfana. A bustling place where there are snake charmers, monkeys, food stalls and musicians, the most animated square in Marrakech!! after this marrakech visit transfert to airoport .

Our Tour is finishd when you are transferred to the airport of Marrakech or Casablanca. In hope you have enjoyed our tour.

For Tizi Trekking you need to prepare as you would for walking in any mountain region; it can be warm and sunny during the day but the weather in the mountains can quickly change from sunshine to snow and cold winds (autumn through late spring). Please do not leave any rubbish behind you; carry out what you carry in.

Tizi trekking are tailored to match the season and your level of fitness. You have the choice of basing yourself in Berber Guesthouses, from where you can take daily walks, or you can Atlas Mule Trek for 2+ days. On mule treks you usually have the choice of staying in Berber Guesthouse/with families or wild camping in 2-person tents. In addition to regular packing, here is a Check List for Tizi trekking: 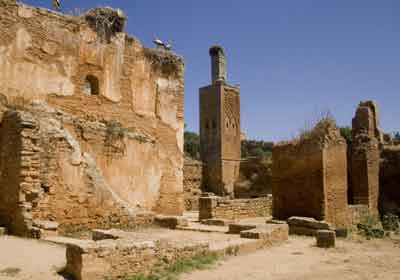 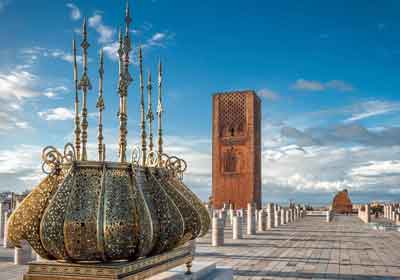 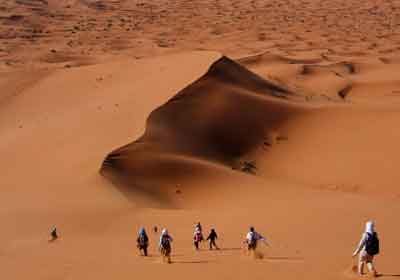 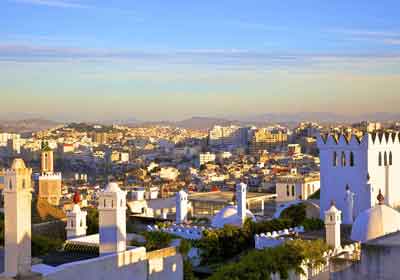 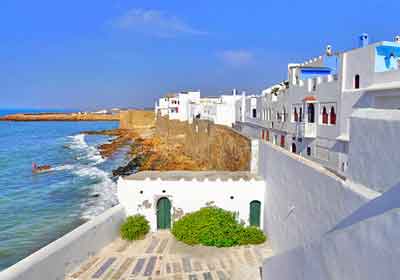 5 Day Morocco Tour From Tangier To Explore The Cities 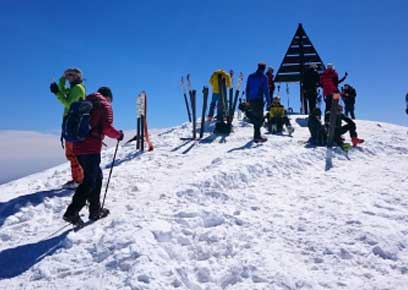 I am a tour leader of avventure nel mondo and I was in touch with Mohamed for the organization of the tour. Everything was perfect: hotel, the bus driver Houssein and all the logistic. I strongly advice Tizi Trekking for the tour organization.

The cooperation with Mohamed was excellent. He is always at disposal of the group to support and solve any minimum problem. For sure I reccomend him if you have to organize a trip in Marocco. Accomodations and driver always very good!

with a group of friends we did a trek on the Atlantic coast as a Essaouira destination; all organized to perfection: the trek with guides, meals and bivouac. Mohamed contacted before departure was timely in the answers and arranged everything perfectly. very positive experience.

I have used different services for me and my group through Mohamed, (excursions, overnight stays, itineraries, van rental), his professionalism and his availability in advising places guides and excursions is really something of surprise! we spent a night in the desert that we will never forget ... with the patience of its drivers we have attracted half from Morocco, its predisposition and that of its team is something unique! There isn’t No word .... yes one ... thank you Mohamed !